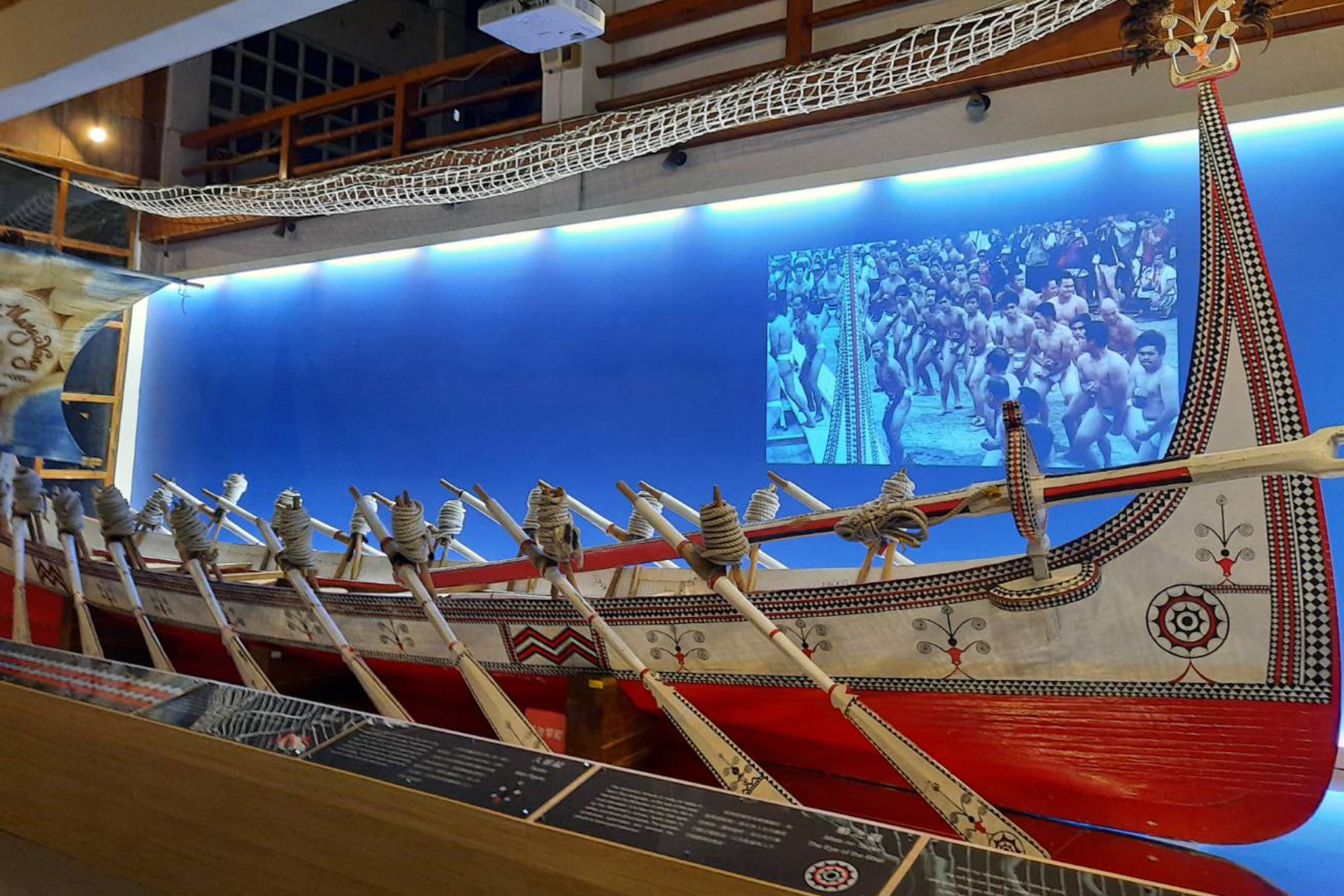 Sabu Kacaw is from the Makotaay Community. He worked as a construction worker when he was 17 or 18 years old, where he learned a lot of skills. His first artwork was completed at age around 25 or 26 years old. During his first decade as an artist, Sabu's artworks, mainly woodcarving out of driftwood, relate to his community's issues. At that time, he was not yet familiar with installation art. However, recently most of his artworks are public art, and his individual creations are still in the thinking process.

Sabu insists on staying in his community for the sake of passing down the local culture. He hopes that the local children can learn their mother tongue and understand the mountains and ocean. Apart from making artworks, he sometimes writes songs. Sabu thinks that the Amis language passing down from the elderly is very beautiful. There should be other secrets waiting to be discovered in the language. He believes local youth should be responsible for passing down local culture. Recently, Sabu is devoted to the passing of Amis language, and culture of the age-system to young people.